Councilmember Al Austin II was elected to the Long Beach City Council in 2012 and re-elected to a second term in 2016 to represent Council District 8, which includes neighborhoods in Bixby Knolls and North Long Beach. Austin is a long-time community and labor advocate and has worked to build new housing opportunities and invest unprecedented funding for infrastructure improvements. The councilmember is also a regional leader on issues such as transportation, economic development and sustainable planning, and he has served as president of the Gateway Cities Council of Governments and worked on the task force to develop the Lower Los Angeles River Revitalization Plan. 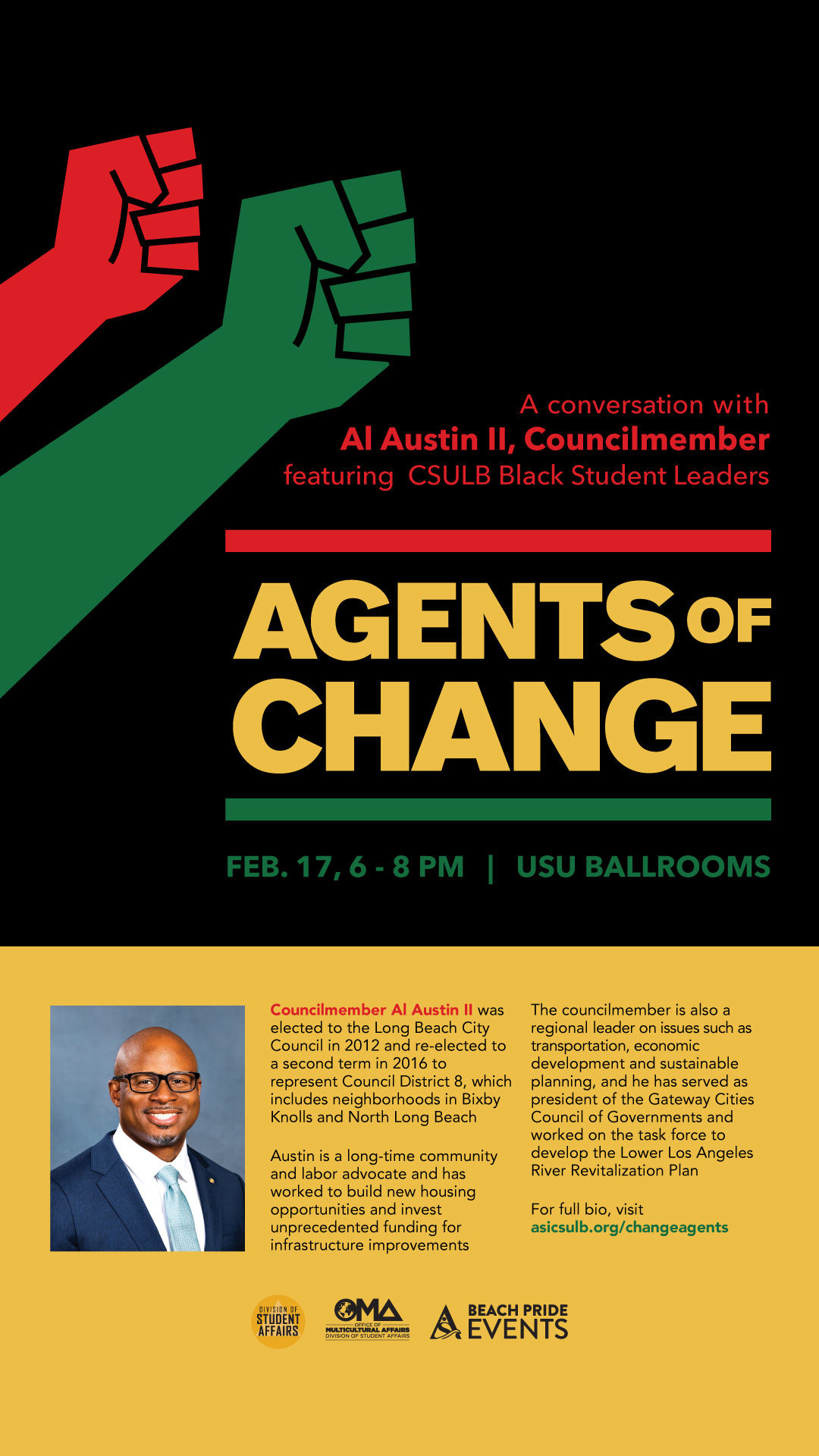 Stay Up on ASI Events!