Essential Piece of the Puzzle 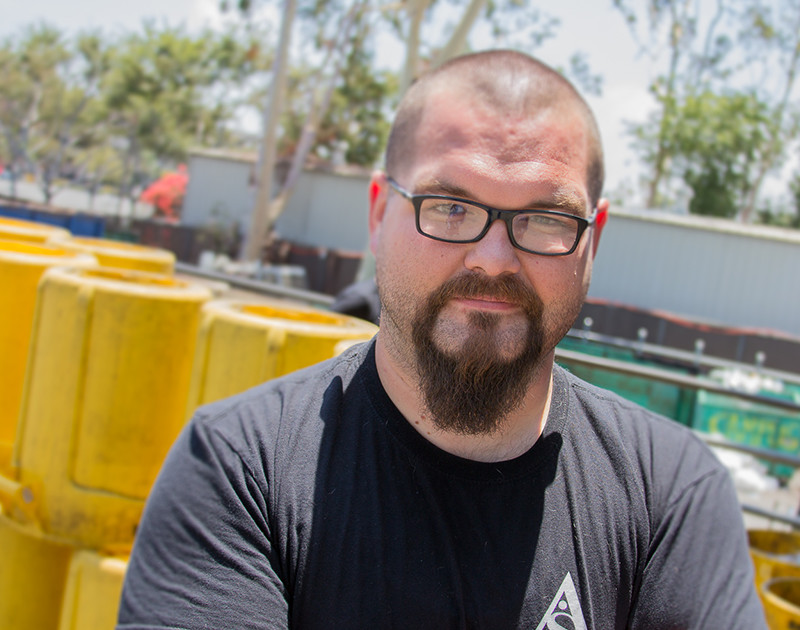 Eric Bryan may have one of the most encouraging CSULB ASI alumni stories you may ever hear. He not only went to school here, got his first job both in and out of college here, and met his wife here but he also overcame many obstacles along the way.

Though many know Eric as the recycling specialist with the ASI Recycling Center, he first started working with ASI as a teaching assistant at the Isabel Patterson Child Development Center (IPCDC) in 2007. “In all honesty, I started at the IPCDC because I needed money to pay for damaging my parent’s car,” joked Bryan. Soon after starting at the IPCDC, the economy took a dive and he and his family found themselves in a bit of a financial bind. Eric found himself living out of his car and in desperate need of additional income. IPCDC Director Rhonda Marikos knew of Eric’s troubles and thoughtfully connected him to Lee Johnson, who it turns out had a few extra hours to schedule out.

Eric soon began working two days a week at recycling and the rest of his hours at the IPCDC, where the combined income was enough to get him “off the streets,” as he put it. His work at the Recycling Center has made him a different person. “It’s changed the way I look at the world; I was just a metal head with a ‘screw the world’ sort of outlook. But working here not only got me involved with an industry I’m now passionate about, but it also allowed me the opportunity to help the community.”

Eric proudly boasts that the ASI Recycling Center is the best rated recycling center in Long Beach and fondly says, “I think we’re just the nicest guys in recycling.” He relishes giving tours to students of all ages and enjoys educating the community. Tuesday, July 12 marked his one year wedding anniversary with his wife who he amazingly met at the Hillside Dining Commons.

When asked to sum up his experience with ASI, Eric said, “Simply put, without the recycling center and ASI who knows where I’d be. I could be quite seriously living on the streets. I’ve never felt more supported by any group of people and I’m thankful for that.”