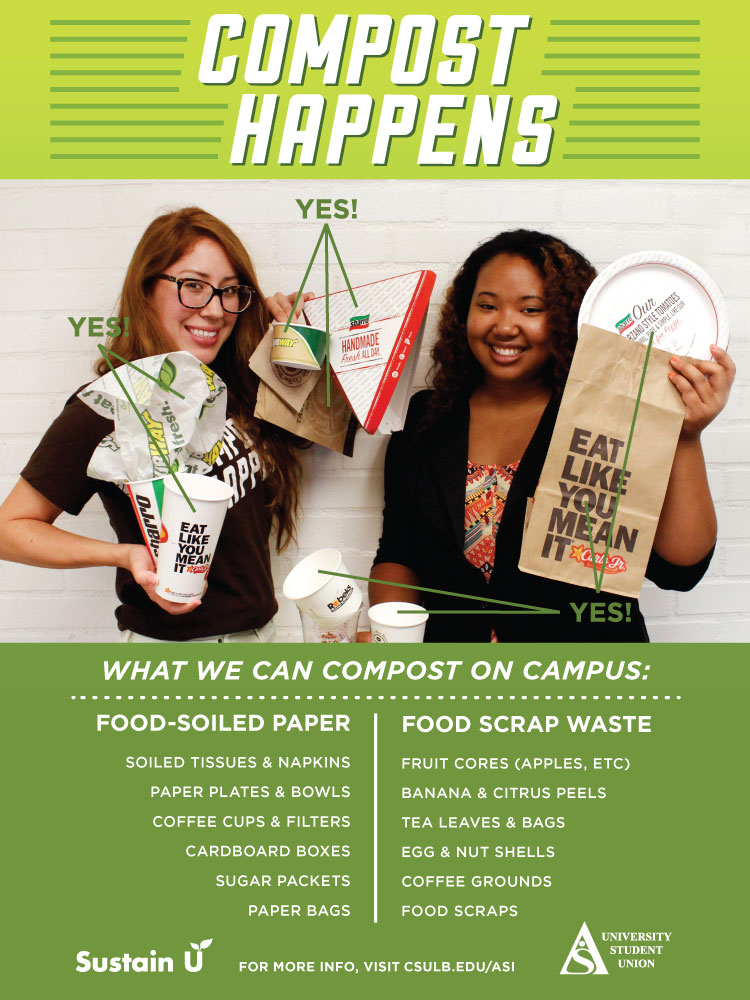 What is Compost Happens?

“Compost Happens" is the educational campaign created by Sustain U to support the University Student Union’s (USU) composting program. The program was implemented after Sustain U's waste audit conducted in 2012. The audit identified that 50% of waste going to the landfill from the USU was food waste and biodegradable material, which could be diverted through composting. The campaign began on Earth Day, 2014, and has since diverted thousands of pounds of waste from landfills, reducing tons of carbon waste and overall greenhouse gas emissions as a result. Campaign awareness is brought to the CSULB community through Sustain U members and volunteer “Trash Talkers,” who promote and educate the campus community on the compost program throughout the USU.

If you or a group of people are interested in being trained in proper waste disposal let us know and we can set up a training.

We also hold weekly Trash Talker tablings from 10AM-12PM either on the West Patio (USU 2nd floor by the escalators) or Southwest Terrace.

Be a Part of the Team

Or attend one of our bi-weekly meetings every other Monday from 1pm to 2pm. Location: USU-204

Sustain U greatly appreciates any and all suggestions, comments or concerns related to creating and maintaining sustainability intiatives to help make the University Student Union do its part in making CSULB a more environmentally friendly community.